We are the best at what we do and there is no Clinic with a combination of the technology that we have, offering the level of service that we do, across Wales and the South West.

Pigmentation itself refers to the colouring of the skin. Skin pigmentation disorders cause changes to the colour of a persons skin. Melanin is made by cells in the skin and is the pigment responsible for skin’s colour.

Hypopigmentation is much more rare and significantly harder to treat.

Hypopigmentation refers to patches of skin that are lighter than your overall skin tone.

Hypopigmentation is the loss of skin colour generally due to a disease or trauma. It can affect people from birth or develop later in life. Essentially, if your skin cells do not produce enough melanin, the skin can lighten. These effects can occur in spots or may cover your entire body.

Pigmentation affects so many people. Although, some types of pigmented lesions exist at birth, often times pigment represents one of the first signs of ageing. That is why so many people are interested in removing pigment. In fact, this market is about double the size of the market for the removal of tattoos. 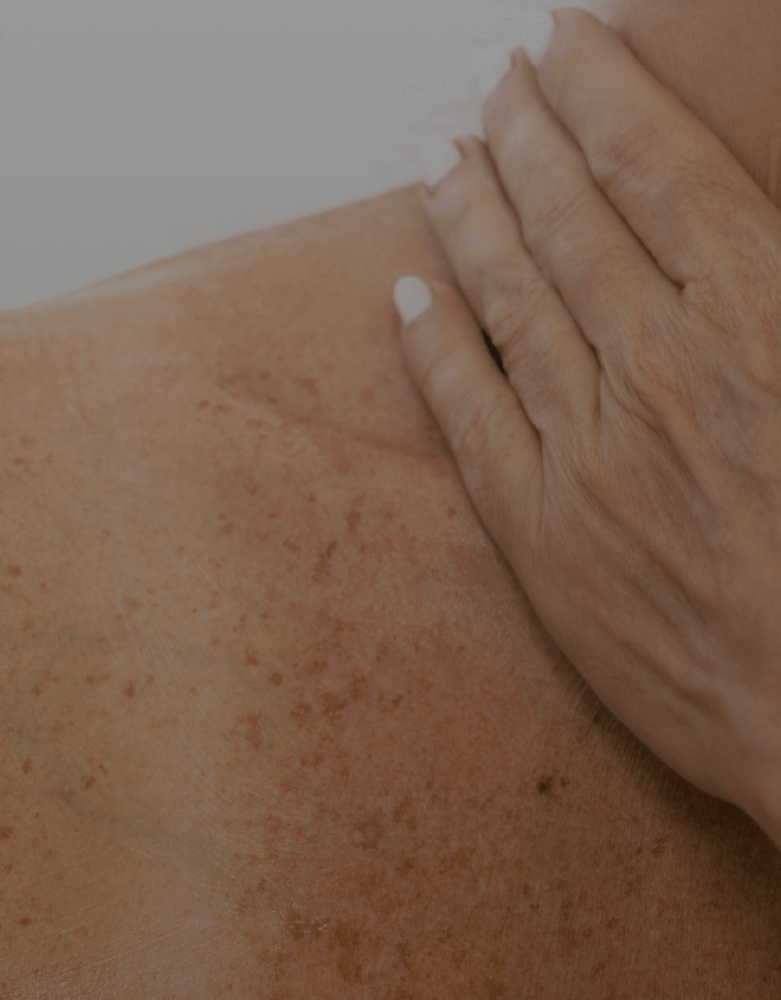 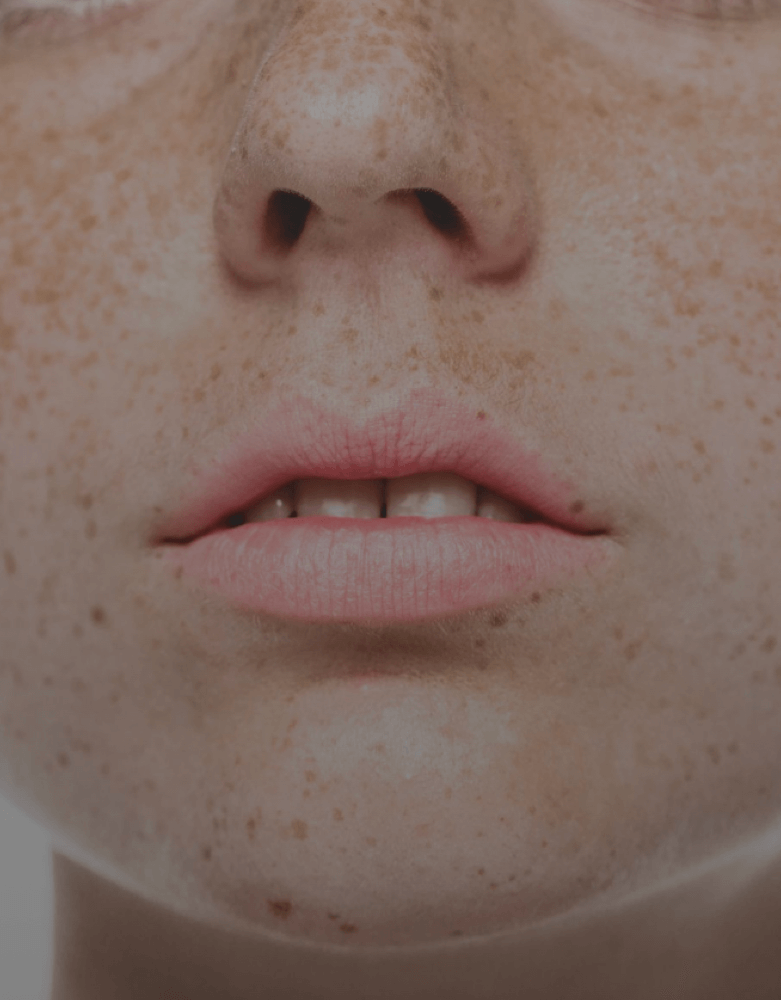 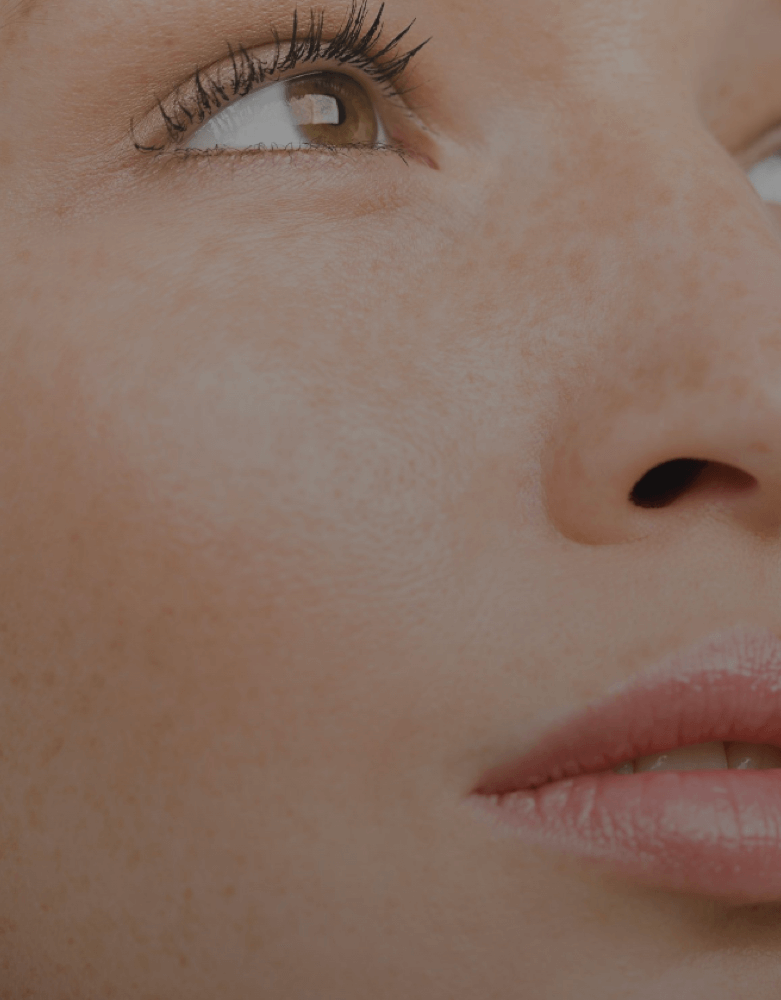 We use the state of the art technology.

Cynosure Picosecond is an unparalleled breakthrough in laser technology that delivers ultra-short pulse bursts of energy to the skin in trillionths of a second.

In addition, the PicoSure boasts a Boost Adjustable Pressure feature that amplifies PicoSure’s PressureWave™ to levels never before possible.  Magnifying pressure 70% and shortening pulse widths to 550ps, allows for unprecedented treatment options. Boost is ideal for recalcitrant tattoos and enhanced shattering of pigment for optimised results.

The Quanta system is different to other Q-switched lasers because it is a short pulsed laser with the technological breakthrough of OPTIBEAM TECHNOLOGY – Optimal Laser Beam Profile.

The Optibeam handpiece generates a perfect ‘Flat Top’ beam profile with Optical Technology that is able to distribute the power of the laser homogeneously on ALL spot sizes!

This is crucially important technology with regards to Q-Switch lasers as it is this even consistency of power distribution that promotes a healthy and shorter healing time and less negative side effects (burning/blistering/hypo-pigmentation).

What is Pigmentation Reduction?

Generally speaking, our laser platforms are generally used to treat HYPERpigmentation. That is not to say that our Staff are not able to advise and offer additional treatments and services for Hypopigmentation such as specialist skin and other procedures, but laser certainly has limited effects.

One of the key things as Laser specialists that we recognise is that there are varying types and depths of pigmentation – and the variance of type and depth will help us to decide WHICH laser we use. Successful treatment is often a combination of both.

There are two types of Pigmentation depths.

Epidermal pigmentations are usually more distinct, darker in colour and the borders/edges of the spots are clearly defined. They include:

Dermal pigmentations (deeper) usually appear as slightly blurry, hazy patches on the skin. This type of colouration is typically lighter and the borders/edges of the spots are less clear than epidermal pigmentation. They include..

“The most effective way of treating ANY kind of pigmentation is ALWAYS a mixture of topical creams, effective laser treatment and a preventative aftercare protocol”

At SkinDeep we are fortunate enough to be able to provide you with all elements of this service.

We have very experienced Skin care Professionals in our Team and are proud Ambassadors of Alumiere Skincare Medical Grade Skin Care and Advanced skin peeling systems.

Our Senior Skin Practitioner will be able to advise and write you a specialised skin protocol that will ensure you get the very best from our treatments and services.

A thorough Consultation is highly recommended.

As a Clinic we will often choose different lasers according to the different pigmentation conditions, the depths the lasers can reach and will sometimes incorporate both of our lasers for a course of treatment, as both epidermal and dermal pigmentations can both be present at the same time.

The reason for choosing the different laser types is because they provide different wavelengths of laser energy to target the different pigmentation situated in the various skin layers.

Both the Picosure and the Quanta System can be used effectively to treat Hyperpigmentation. Sometimes a treatment plan will utilise the effects of both.

Cynosure consider the unique advantage of this is that the pigmented skin incurs minimal thermal damage due to the picosecond pulse duration. – less trauma, less chance of an inflammatory response.

Using the principle of selective photothermolysis, light-based treatment targets different chromophores in the skin. Chromophores (the pigment) selectively absorb the laser or light energy as heat and yield the desired response – to break them down into tiny pieces the body can absorb and dispose of..

These optimal wavelengths of light, clear pigmented lesions by targeting melanin. The damaged pigmented lesions are then cleared by the body. They undergo a mild desquamation and slough off, removing the appearance of the lesion from the skin. Additionally all treatments are entirely customisable with 2-6mm, 8mm, and 10mm spot sizes and have proven clinical validation, with 26 publications and 59 abstracts to date.

Traditional lasers predominantly rely on photo-thermal action, delivering heat to the pigment and surrounding tissue – often resulting in damage to the tissue and surrounding tissue areas which does not always repair. In the past, it would be fair to say that the extreme heat from photo-thermal action can scar or leave behind white ghosting in the skin, long after the course of treatment is finished.

Picosecond pulse width is 100X shorter than nanosecond technology and only ultrashort pulse durations can trigger this photomechanical effect.

Picosecond technology means that the pico laser fires each laser beam much faster than a q-switched laser, and is able to clear most pigmentation faster, and more effectively. The speed of the laser is what generates the photo-acoustic laser energy to shatter and break down pigmentation.

PressureWave Technology is used to shatter the target ink into tiny particles that are easily eliminated by the body.

The Quanta system is different to other Q-switched lasers because it is a short pulsed laser with the technological breakthrough of OPTIBEAM TECHNOLOGY  Optimal Laser Beam Profile.

The Optibeam handpiece generates a perfect Flat Top beam profile with Optical Technology that is able to distribute the power of the laser homogeneously on ALL spot sizes!

This is crucially important technology with regards to Q-Switch lasers as it is this even consistency of power distribution that promotes a healthy and shorter healing time and less negative side effects (burning/blistering/hypo-pigmentation).

As a maintenance treatment, the Quanta laser is also often used to prevent pigmentation from appearing after treatment.

The number of treatments varies – 3-8 treatments on average depending on the type and amount of pigmentation to be reduced/removed.

Typically, the interval between each treatment is about 3 weeks.

Depending on the type of pigmentation, a longer interval might be required if a strong laser setting is used.

After pigmentation reduction, a laser treatment once every few months would be beneficial to maintain the results and reduce any surfacing pigmentation.

Not all pigmentation can be removed completely  – certain superficial ones can be completely removed, but others, such as melasma or other dermal pigmentation usually get reduced by 70-90%.

The most important thing to note in regards to treatment is to properly identify the type of pigment(s) and choose an appropriate laser with the right settings.

In experienced hands, most pigmentation conditions can be treated very effectively without undesirable side-effects.

Some pigmentation may seem to “come back” after treatment.

However, with good sun protection and proper skin care, these can take years to resurface.

New spots can surface due to existing melanocytes which are not destroyed by the laser as they are part of the skin structure. These melanocytes can produce pigmentation when triggered by factors such as damage from the sun, hormonal changes (such as during pregnancy and menopause), or even stress.

After treating your pigmentation, the occasional laser treatment can also help prevent new spots from forming. Maintenance laser treatments can remove it before they resurface and show on the skin.

However, with time, the effects of hormones, aging skin, and accumulated sun damage can still result in some spots forming.

Essentially any area of the body that carries Tattoo Ink – provided it is safe to do so within treatment protocol guidelines, the skin is not broken and regulated eye protection is worn.

The heat from the laser is concentrated at a superficial level and is heat inducing so it is likely that the client will experience some very mild discomfort while the treatment is being performed.

How long until I see results?

Most patients will see results after just one treatment.

These results will be evident in about 3-4 weeks, but it can take up to 8 weeks for the full result.

The frequency of your pigmentation removal appointments will be based on clinical judgment. For most patients, treatment will be performed every 4 – 8 weeks.

How long until I can expose myself to the sun after treatment?

This should be a minimum of 14 days.

Even after this time an extremely high sun factor should be worn (50spf) daily to prevent pigmentation returning.

What should I avoid before and after my laser treatment?

Avoid chemical peels and other laser procedures in the area to be treated for 2 weeks prior and two weeks after your laser treatment.

Any cookies that may not be particularly necessary for the website to function and is used specifically to collect user personal data via analytics, ads, other embedded contents are termed as non-necessary cookies. It is mandatory to procure user consent prior to running these cookies on your website.